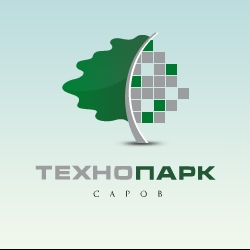 Technopark Sarov announces the selection of venture innovation projects Sarov - Innovation on breakthrough areas of science, engineering and technology. In total, the competition is planned to attract investments of $1B.

The competition is open to any type of legal entity ownership, organizational and legal forms.

The participation in Sarov - Innovation is a unique opportunity for small businesses to get a piece of advice from leading experts, to gain the access to highly qualified personnel, scientific-technical base and the innovative technologies of the Russian Federal Nuclear Center (VNIIEF), located in the closed city of Sarov (it was Arzamas-16 in Soviet times), and to attract funding for their projects amounting to 150 M RUR for each project.

The competition is held in the following areas:
- Information Technology;
- Supercomputing and other computing technologies;
- Complex technical systems creation;
- Security Systems;
- Other.

Requirements for innovative projects:
- Duration of the project should not exceed 18 months
- The period of its return is 5 years
- Funding of a project shall not exceed 150 M RUR
- Project implementation is carried out at Technopark Sarov.

These positions will be the main criteria for bids evaluating. In addition, the uniqueness of the product presented is also very important as well as the absence of its analogues, the ability to create the largest possible number of jobs in Technopark Sarov, as well as attracting additional funding and guarantees for sales.

The contest consists of three stages: the formation of projects pool; the search of partners for possible co-financing of projects and summarizing.

The contest is scheduled for completion in 2012.

Applications for participation in the contest will be accepted until September 15, 2012.

Private business incubators to be created in Penza region