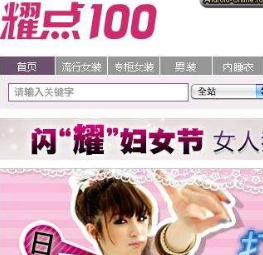 Yaodian100 website announced the suspension of work on July 28, 2012 because of the removal. But after a few days the rumors about impending bankruptcy of the company, appeared at the beginning of this year, were confirmed: several news agencies of China tried to contact the management of the company but with no result.

Yaodian100 was launched in 2009 and became the owner of one of the first e-commerce sites in China working according to B2C scheme. The start-up focused mainly on selling clothing at low prices. At the peak of its popularity, Yaodian100 site received more than 30 K orders per day, and the volume of monthly sales in terms of U.S. currency reached $ 4.45 M.

The amount of investment received by Yaodian100 exceeds $50M. In August 2009 the project attracted a massive first tranche of $ 40 M from venture capital fund Qiming Venture Partners, and then $ 9.5 M from Chinese search engine Baidu, and finally - from Intel Capital company. Unfortunately, the investment did not help the company to win the competition: the Internet market of China is divided among five major players: Alibaba, 360Buy, Tencent, etc.