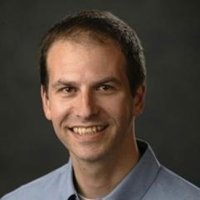 Social games developer Zynga continues to lose its top managers. wrote in late August about company’s director Mike Verdu’s resignation who decided to lead his own start-up. It was announced yesterday that the Chief Marketing Officer responsible for the new gaming projects on Facebook Jeff Karp leaves Zynga too.

The losses in Zynga team are caused by the ongoing reduction of company’s price on the stock exchange. There exists an opinion that the shareholders blame Jeff Karp for the recent losses in the capitalization of the company, and Zynga has decided to discharge him from office to lower the temperature.

Jeff Karp, as Mike Verdu mentioned above, came to Zynga from a developer and publisher of computer video games Electronic Arts company. His responsibilities included oversight of all aspects of marketing in the company, including global sales, and he had to work on revenue optimizing. Nothing said about Karp’s future plans. Zynga’s statement says that he is leaving the company on appropriate terms, and by mutual consent.

We would remind that Zynga had been previously left by its COO John Schappert.