A mobile project of Russian developers valued at $4.5M 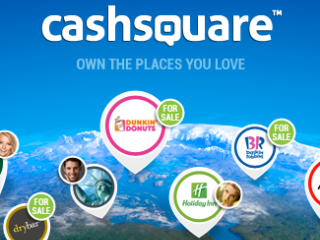 Cashsquare mobile game, a smartphone analog of Monopoly, will launch soon. The project of Russian developers is valued at $4.5M.

Cashsquare is a multiplayer game using the database of Foursquare web service about restaurants, museums and so on. The players can buy these places and buildings for virtual money - the more popular the place is, the higher its price – and earn for each Foursquare member who checked-in at this place (Foursquare has more than 30M registered users).

Alexander Kukuliev, one of the service founders, says that Cashsquare is based on the freemium model: you can play for free and pay for more options. The economic model was created by the game developers, and ideas how to engage players - together with Adrian Crook & Associates company, which cooperates with such major game developers as Zynga, Microsoft, etc.

The game will start in Russia and Denmark first, and then, if the launch is successful, its geography will be expanded.

Cashsquare attracted its first investment from a private investor Alexander Yunyaev, who invested $120K in the project. He took part in the recently closed second round of funding; the company also raised $450K from Altair Capital Management and Indigo Capital Partners that valued Cashsquare at $4.5M.

Monopoly was played by several generations, the managing partner of Altair Capital Management Igor Ryaben'kii says, and Cashsquare is its continuation.