The “Skolkovo” Fund will conduct the Russian Startup Tour 2014 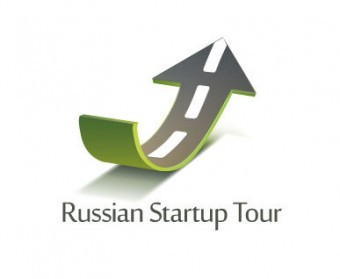 With assistance of the “Skolkovo” Fund in the first half of the year 2014 will be conducted the “Russian Startup Tour 2014”. The Memorandum on the event preparation has been executed in October, 31 within the Forum “Open Innovations” between the “Skolkovo” Fund, “RVC” JSC, the “Federal Agency on Federal Agency for Youth Affairs – “Rosmolodyozh” and “Rosnano”, JCS.

The “Russian Startup Tour 2014” is conducted for the second time with the aim of innovation entrepreneurship in the sphere of high technologies in regions of Russia, and also contribution to development of perspective regional companies and projects thorough information offering to entrepreneurs about opportunities on support at the Federal level. The tour will be held in the period of January-April, 2014 and will cover 25 cities from Vladivostok to Saint-Petersburg. It is expected, that in the events series will take part more than 5000 people, among which are regional Startups, scientific-investigation teams, expert societies, regional technoparks, students and professor-tutorial teams of regional Universities, authority representatives, industrial companies, regional mass media, investors.

At each event of the “Russian Startup Tour 2014” experts among organizers and the project partners will in detail speak about opportunities, which offer the nowadays market for innovation projects development. Within the coach sessions will be presented exact tools and services for the Startup entering the market and success achieving. Separately will be discussed a subject of development institutes attraction as investors. The meeting participants will manage to receive preliminary quality estimate of their projects and their investment attractiveness.

The rich program “Russian Startup Tour 2014” is developed with consideration of each concrete region specific, and includes, except presentations, business-games, seminars, consultants of leading coachers. The intense immersion in the topic of a successful startup establishment is called to force developers of innovation projects to make every event the most effective.

The detailed information about the “Russian Startup Tour 2014” is possible to find here: http://www.startupvillage.ru/

?Nizhny Novgorod is one of Russia?s three innovation leaders??Skolkovo?s Viljakainen

Investors and experts to speak at the III Russian Tech Tour

International Innovation Forum will be held in Saint Petersburg

Russia?s RVC aids Novosibirsk in IT and biotech development