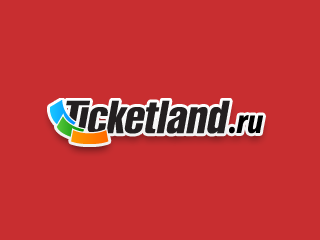 The venture Fund “iTech Capital” invested $10M in the ticket holding “Ticketland”, which represents the retail network and online-channels for tickets distribution to theater-concert and sports events, and a range of services and systems of processing and automation of fields. The “Ticketland” develops the technology of electronic ticket, which allows purchasing online without need of taking tickets in pay office or ordering delivery. The system is implemented in 120 fields.

At the moment the Holding combines three large players of ticket market: sales operator of theatre-concert tickets “United Art Tickets” (software of the company has already installed in more than 90 large fields of Moscow), networks of ticket pay-offices “MDTZK” (the oldest ticket market operator, was founded in 1925. Till December, 2012 the company belonged to the Department of municipal real estate of Moscow. Includes 130 in Moscow), sports processing company “Arena” (unified distribution center for more than 35 football, hockey and basketball clubs and 40 sports buildings).

The Russian tickets market for sports and entertainment events (excluding cinema) grows more than 20% per year, its capacity in 2012 exceeded $1B, estimate the “iTech Capital”. The “Ticketland”, according to the venture fund, takes significant share of the market in both segments, annually selling more than 2 million tickets, amount of business this year exceeded $120M. According to the “Ticketland”, the company possesses more than half of the market of theatre tickets, which are purchased via operators, and also 13-28% in other segments of ticket segment market (for example, 13% in a segment of concert tickets, 26% in show segment, musicals, etc., and 28% of sports tickets processing).

Total amount of workers of the unified company is more than 400 people.

The “Ticketland” plans to strengthen online-sales and increase a share of electronic tickets in the turnover up to 50% with the help of new online-services and marketing initiatives, based on technologies “Big Data” (learning of behavioral models of users).

A new service from the Fast Lane Ventures and ru-Net