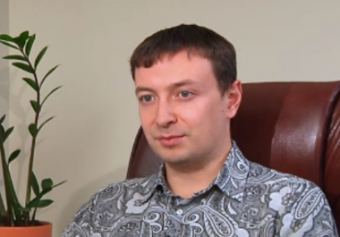 Last month wrote about the fact that an online management service for advertising SeoPult raised $10M from iTech Capital investment fund. The other day the strategic director, a co-founder and co-owner of SeoPult Nikolay Evdokimov said that the company plans to hold another round of investment, which will be the final one before the upcoming IPO.

Nikolay Evdokimov, answering questions of portal Terafirrma.ru, said what the company needed the money from investors for: to increase the share of context advertising and expansion in the total turnover, horizontal development. According Evdokimov, these two areas are the main ones for SeoPult now. The company entered the Polish market of online advertising in February this year.

The company plans to enter the markets of Asia (especially Thailand and Indonesia) and continue expansion in Europe (Germany and Spain). We have a lot of projects in Asia now – Evdokimov says. - And Thailand is a serious test ground for us... in our immediate plans is testing the service in Thailand, then we will go to Indonesia and then in smaller countries.

Speaking about the European market, the director of SeoPult emphasizes the fact that German and Spanish are spoken not only in the countries concerned – It is very important for us – SeoPult has large amount of textual information - Evdokimov said, adding that the company has strong and proven people who are willing to supervise the projects in these countries.

As Evdokimov said, the investment from iTech Capital fund is needed not so much as the extra money, but mostly as attracting a strong partner that will help to structure the business. It's about to hold an IPO in some time. Obviously, we would have found the money for the expansion, but the consulting help from iTech is valuable for us, they have a lot of resources, - Evdokimov says. Replying to a question whether there are plans for another round of funding, the founder of SeoPult reported that there will be another round in the short term and also by iTech - and this will be the last round before the IPO.