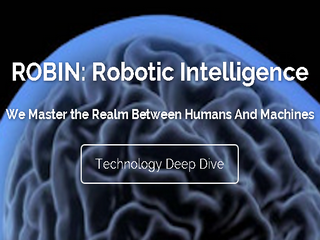 The Californian Startup “Robin Labs” has russianized its development in the sphere of artificial intellect. This development has already been invested in amount of $700K by the company “Altair Capital”, and also by the member of the “Yandex” Board of Director Esther Dyson and technical director of “Yandex Labs” Arkady Borkovsky.

“Robin is the first in the world assistant for a driver, which allows managing the mobile device completely by voice, without hands and need of watching the display, - says the Chief of the company Ilya Ekshtein. – Thanks to developments of our company in the sphere of essential language processing, the “Robin” understands requires, made on the language of everyday communication. Herewith the system, independently considers the context in which the requiry is made”.

Nowadays the company plans to develop its platform, on the basis of which has been created the mobile assistant “Robin”. With its help other developers will manage to use working results of the “Robin Labs” in the sphere of artificial intellect in order to create own programs. Still “Robin Al” is opened only for a narrow partners round, however in future access to the “Robin Al” is planned to be left public.

Altair Capital invested in the project of mobile commerce Goodwin