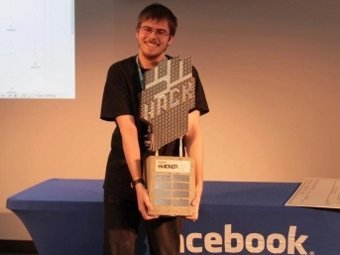 Russian Roman Andreev (supposedly, a student of St. Petersburg State University (SPSU)), won first prize in the international Facebook Hacker Cup programmers competition, carried out by social network for the second time. The first prize was a bonus of $ 5000, as well as a cup with the name of the winner engraved on it.

Second prize and $ 2000 got Tomek Czajka from the USA, the third prize and $ 1000 got Tiancheng Lou from China.

In the final round of competition the participants managed to solve only one problem out of three proposed, and it took Roman Andreev 1 hour and 4 minutes to do it, just one minute faster than Tomek Czajka . The final round was preceded by four correspondence tours via the Internet. Overall, 8000 people applied for the competition, but only 25 reached the final: Facebook paid their way to California, where the final round on 17-18 March night Moscow time took place.

For the first time Facebook Hacker Cup was held in March 2011, a Russian Peter Mitrichev, a Mechmath graduate won a victory.