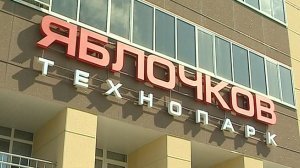 Russian Prime Minister Dmitry Medvedev visited a newly opened technopark Yablochkov in Penza on September, 12. According to him, he saw good developments which could be implemented in several areas. He also promised to provide support for their realization.

After visiting a special laboratory which develops a system of buildings’ seismic resistance, Medvedev familiarized himself with the development of energy-efficient control devices that can instantly identify a place of a potential power cutoff accident.

Then Medvedev visited an exhibition entitled The regional system of innovation equipment support. He paid special attention to a complex program for children and young people involved in innovation: the industrial park has a center of youth innovative activities, where children of 13-17 years old showed the premiere their model cars, helicopters with electric motors created by them and internal combustion engines.

The Prime Minister has also visited a business school, where young people have been developing their projects along with business representatives.