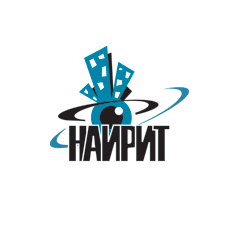 The National Association of innovation and development of information technology (NAIRIT) has reported on the outcome of Russian innovation sector work in the first half of 2012. The report, published on the website of NAIRIT, says that 1.5 trillion RUR is reserved in 2012 by Russian federal and regional budgets for the implementation of innovative programs and projects despite the global crisis.

This is 10-15% as much as compared with 2011. However, about 430B RUR was spent in the first half of the year, which is 8% less than in the first quarter of 2011. Investments by private venture capital funds did not increase in the first half as compared to the same period of the last year and amounted to about $80M, more than 40 projects were funded during that period. At the same time the structure of investments has significantly changed. The number of investments at later stages has decreased (10%), and at the same time the number of projects funded at the seed stage has increased (about 15-20%).

Most investments have been traditionally gathered by the information and communication technology (25.0%) - a similar situation was observed in the venture capital market of the U.S. Then we can mention energy and energy efficiency (14.1%), biotechnology and medicine (12.2%), transport and propulsion engineering (12.0%).

It should be noted that the share of social and charitable projects that do not provide direct income for the innovator had increased in the general distribution of innovative projects. Projects such as All-Russian Complaints Book Soobschay.ru (allows citizens and government officials to engage in a constructive dialogue), Nalogometr.ru (to evaluate the contribution of a citizen to the national budget of the country), Where is the casino! (Informing law enforcement agencies about illegal business), Repair your street (interactive system for receiving and processing complaints about city's problems), Probok.net, District police, Nepofigizm, Together and others. Thus, we can talk about forming of a new social class of innovative projects.

According to the President of NAIRIT Olga Uskova, it is important that this process occurs at the level of innovators’ self-organization when people do not wait for an order from officials or managers of different kind, and create their own social communities.
The annual public opinion poll conducted by NIARIT showed that the most serious problems that hinder the process of creating innovative projects in Russia are:

According to results of the public opinion poll, the majority of innovators who want to conduct their own developments, do not have such opportunity and have to solve their personal problems related to the cost of renting, education, etc.

On the other hand, the following aspects contribute to the creation of innovative projects in Russia according to the innovators:

Commenting on the results, the President of NAIRIT Olga Uskova noted that Russia has accumulated sufficient experience in implementing innovative projects and there is infrastructure for sharing of experience in our country. The creative atmosphere has always been a key factor in the generation of innovative ideas, so we may expect a transition from quantitative indicators of innovative market to qualitative in the near future.

About 1,150 innovators from 52 regions of Russia took part in the public opinion poll.

NAIRIT to prepare an assessment system of development institutions