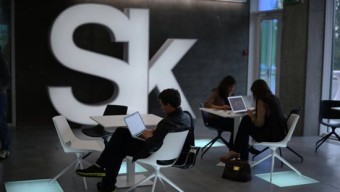 By the year of this year it will be taken a decision on affiliate establishment of the innovation center Skolkovo in Belorussia, announced secretary of state of Federal Government Grigory Rapota after the end of a high-level group session of council of ministers of Federal Government.

“We have discussed a problem on a Skolkovo affiliate establishment in Belorussia, that is a some kind of a structure, which would work together with Skolkovo on innovation projects. We have a rough instruction to decide this matter, and, I think, that it will be decided”, said he.

Mr.Rapota could not name what projects and programs will be developed in this affiliate. “Our task is to provide conditions for a work, and filling with content is a work for Belorussia Academy of Science that works on it. There were doubts concerning a legal opportunity of an affiliate creation, and whether it should be an independent center, presented in RF by some legal body, or affiliate. Lawyers work on it at the moment”, - said he.

Skolkovo will be included in Government program of Investment development and

The second Skolkovo in Novosibirsk presented to the government this year